We rarely have time to go to movies but have been glad to have made the time to see two inspiring movies that are in theaters now.

The first is an indie film that you may have a hard time finding if you don’t live in a major city but is worth renting when it is eventually available on Netflix or elsewhere. If you can see it in the theater, though, it’s well worth the price of admission. It’s called Jiro Dreams of Sushi but sushi isn’t really the point of this movie in my opinion. More on that later.

The movie focuses on Jiro, a 93-year-old sushi master who operates a 10-seat sushi restaurant in a Tokyo train station. Jiro has two sons who are trying to live up to their father’s international reputation. Jiro has been named a National Living Treasure in Japan and his restaurant has awarded the coveted three-star rating by Michelin.

Some people might say that this movie is about perfection. I’d disagree. I think it’s about being excited about your work and the meaning of work in one’s life. You can’t watch the movie and not think that Jiro’s love of making sushi contributes to his well-being and physical health at 93.

There’s also a more subtle theme in the movie that resonated with me about how hard it can be to resist comparisons to others. Jiro’s son’s can’t escape comparisons with their father and you can tell that they just wish they could have their work stand on its own. I find myself forced to be aware of the rankings and ratings of our books on Amazon vs. that of others, how many Facebook “like” we have compared to others, blog stats, and sales goals, etc. Like Jiro’s sons, I wish our work could be judged on its own and not in comparison to that of others. And I wish that they didn’t sting as much as they do.

Jiro Dreams of Sushi is a beautiful movie as well. It’s a soft-spoken film that whispers inspiration about the importance of craft and of taking the time to do things well.

The other movie that has earned your entertainment dollars and is worth seeing on the big screen is Mirror, Mirror. 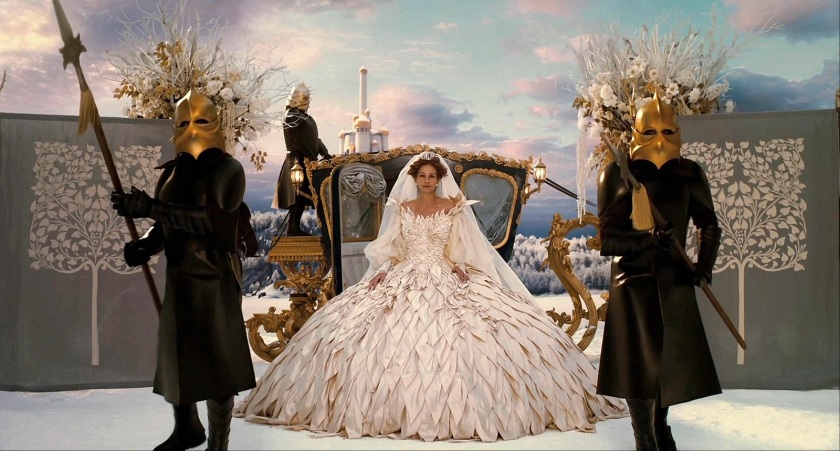 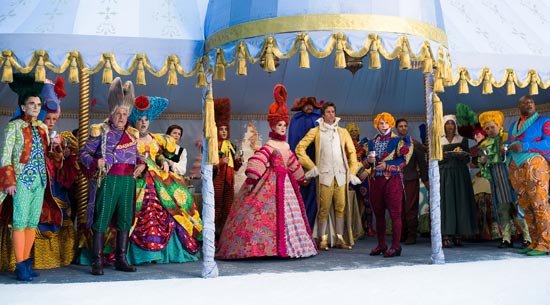 This retelling of Snow White has a charming story but if you’re a creative type the biggest reason to go is Eiko Ishioka. Eiko Ishioka was an iconic costume designer who, prior to her death in January won Academy, Grammy, and Tony awards, among others, for her work. These stunning costumes are her parting gift to us. They will make your jaw drop. 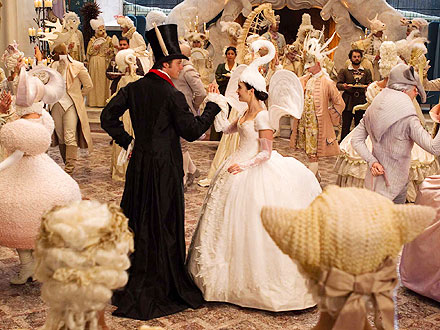 They are both so exquisitely made and unlike anything else I’ve ever seen. The colors, the concepts, the fabrics, the silhouettes, the details, the staging. I can’t stop thinking about those beautiful costumes and I wanted to run to the nearest sketchbook and design a new fabric line based entirely on the Ishioka’s costumes. 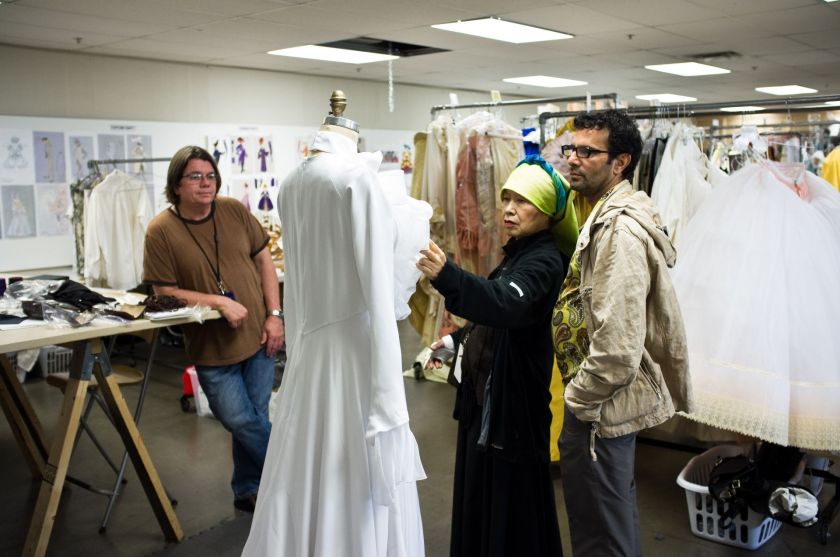 Many of you know that I spent my 20s in Japan and that experience was deeply formative for me. So I quickly note that both Jiro the sushi maker and Eiko the costume designer have a few things in common. They both lived through World War II in Japan and likely had limited opportunities in the prime of their lives in post-World War II Japan. They both toiled on perfecting their craft, paying attention to the details, doing great work and continuously setting the bar higher and higher for themselves. Undoubtedly they spent a lot of years working hard before they achieved greatness. That ability to focus and continuously challenge yourself without getting discouraged is as inspiring to me as their work.

12 thoughts on “Inspiration: in theaters now!”

We’re spending our afternoon helping to set up in the fellowship hall of our church an exhibit of quilts made by members of our church. The exhibit is part of an effort to share the gifts we bring to the community and the world. #firstunitedoakpark #quiltersofinstagram
We are totally booked for teaching for 2020 and almost fully booked for teaching in 2021. If your organization is interested in having us teach in 2021, January is the easiest time to book before we begin traveling for the year when the remaining dates fill quickly. On our website under the classes tab, you’ll find Booking FAQs. If you have any questions that we didn’t cover or want to ask about teaching availability, email sales@modernquiltstudio.com. We have a new contract template that makes it easy to expedite plans. #modernquiltstudio #quiltworkshop #travelingquiltteacher
“What size scrap do you keep?” is a question we’re frequently asked. We keep some scraps for teaching but also produce more than we can use. So we gather a trash bag of scraps together occasionally and drop it off at the children’s craft area of our local zoo. Preschools, community centers and other places in your community often welcome scraps to give even the smallest pieces of our favorite fabrics another chance to be enjoyed. Be sure to call ahead to make sure they are needed. #modernquiltstudio #quiltersofinstagram #reducereuserecycle #scrap #fabric #craftersofinstagram
Wanting to make a dent in your stash in 2020? Pieced backings are a great way to use yardage. This piece of a wonderful Jane Sassaman print wasn’t big enough for the backing to a toddler napping quilt so we added an 8” strip of another fabric in the center to get us the size we needed. #modernquiltstudio #modernquilt #quilt #quiltersofinstagram #janesassaman #piecedbacking #rediscoveringyourstash