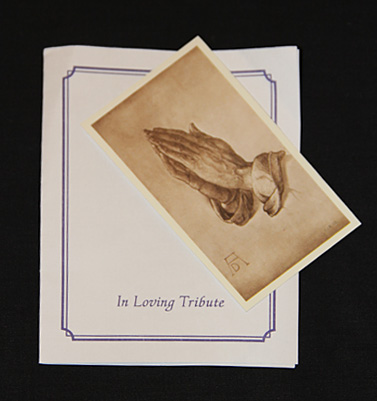 This post has nothing to do with craft. It’s a long, personal story about life and I’m sharing it with you because I’m hoping that it might be helpful to you. I promise to return you to my regularly scheduled making of things later in the week.

In 1988 when I was living in Japan I went in a translating role with a friend to a fortuneteller. This friend was at a turning point and her life and had heard that this man was insightful. He was and he helped her sort out some issues. Then he turned to me and made some astonishingly accurate statements about my life even though I had told him nothing about myself. Anyway, he said something that always stuck with me. He told me “There will always be periods of goodbyes. Sometimes they all come together and it will be very sad. But if you pay attention, at the same time there will also be hellos that will help you move on with your life.”

I’ve found that to be true. Births often happen with funerals. Losses yield new starts. In fact, we never would have started FunQuilts had I not just left a psycho workplace.

This latest round of hellos and goodbyes started last spring when we realized that our daughter needed to move to a school that challenged her more. It was a painful situation but I, as Amy Marson of C&T is fond of saying, “put on my big girl panties” and dealt with it. This decision led us to decide to move closer to our daughter’s new school so both she and Bill would have easier commutes. As a result we are now excited about the renovation in progress of our cute little house and studio in the Frank Lloyd Wright Historic District of Oak Park.

The hellos and goodbyes continued throughout the summer and fall. A boss from 20-some years ago with whom things had ended badly emailed me out of the blue and we made peace. She wrote lovely things about me that I never knew she felt. Reading her kind words gave me a different understanding of my past and was healing in many ways. We met new neighbors as we worked on the house and think that we’ll have some fun times ahead with them. A co-worker from 25-years ago in Japan, also came out of the woodwork and told me all that she remembered about me. I was touched that she remembered me and had even read this blog.

Amazingly I also stumbled upon my sister’s high school boyfriend whom I hadn’t seen or talked to in 35 years. He was like a brother to me during a really tough time. I always felt as though he had my back and I appreciated his calm presence at a turbulent time in my adolescence. Talking with him helped me to better understand my past.

A big goodbye came three weeks ago when I found out that Joe, a really dear friend of mine from graduate school in the early 90s, had died of ALS. It was inconceivable. I’d be at the gym working out and suddenly I’d just burst into tears in the shower. He left behind a wife and two young kids. I wrote his wife the most compassionate letter I was capable of writing. Mostly I was sorry that he suffered so much. He was a class act and some kinda fun.

In struggling with his death I called a friend from our church. I asked her, “So what’s your position on angels? I haven’t worked out in my mind the whole afterlife deal. I think their souls are up there somewhere and they are cheering us on in life but I haven’t got past that.” She said something so beautiful. She said that a friend of hers believes that when someone dies that that person’s soul goes to Heaven and at that point they come to understand what was and is in the hearts of everyone that had been in his or her life. I loved that. So my friend with ALS knows that just because I lost touch with him that I am so sorry that he suffered and he knows how important he was to me. It was really a gift to think about it that way.

Then September 24th came. In the wee hours of the morning I heard as I was waking up a news report on the radio that a man had been killed on Lake Shore Drive overnight and that his identity had been withheld upon notification of his family. I didn’t think anything about it until Tuesday when the email came notifying me that it was Steve, my best friend from high school.

Steve was visiting Chicago and enrolled in a master brewing course for people who want to brew great beer. Ironically he was crossing the street and was hit by a drunk driver. Steve was a Lieutenant in the Navy, had survived patrolling the Persian Gulf and had been a flight instructor. His brother joked that he had survived the even more dangerous job of being a full-time dad to three kids. But he was no match for a two-time DUI offender in a Cadillac and died 12 minutes later.

I met Steve in 1975. He sat next to me in AP English and History. He was a “still waters run deep” kind of guy with a dry wit. He wrote the most beautiful letters to me even though we never had a romantic relationship. He made up jokes in Latin that went over my head. He was the King of Mixes and showered me over the years with countless hours of cassettes of great music. I can’t count how many concerts we went to in the 70s. We’d gab on the phone every weekend until 2am because he had a job as a nighttime security guard and needed someone to keep him awake. We were polar opposites but we really enjoyed each others company for decades.

I told Bill that I feel as though there are a handful of people in the world who truly adore me. They know my shortcomings and their love for me extends far beyond my failings. He was one of those people for me. He told me the truth, even when it was painful and always managed to figure out some small gesture of support that showed me that he believed in me. At my wedding, I had 15 of my friends and family there. Steve and his wonderful wife Carol, whom I’ve also known since I was 14, were among them. That’s how special they’ve been to me.

So as I prepared to go to fly to Washington DC for the funeral I went to buy something appropriate to wear. I usually have no problem putting an outfit together but I was still in shock and wasn’t functioning well. In the dressing room, surrounded by black skirts and dresses, I just sobbed. I wasn’t ready to say this goodbye. The kind saleswoman kept calm as I explained the situation through my tears and she helped me figure out what to wear. “You’re not going to have a good day so you need to look strong for his family,” she wisely advised. As I went to pay she said, “I’m marking this skirt as damaged, because I want to.” Then she put a half-price sticker on the tag and said, “Take care Weeks.” Sometimes we connect with total strangers in surprising ways. I think she had said some goodbyes of her own and understood.

I went to the funeral and clung tight to Carol as we cried. I was in awe of her. She comforted with grace all of us who were there to comfort her. I offered to make a quilt out of Steve’s favorite concert t-shirts which were his post-Navy, full-time Daddy uniform of choice. Carol said that would be lovely. I talked to his kids and told them that I wanted to send them a letter about what their dad’s friendship meant to me and to share with them funny stories about him.

I thought about Joe and Steve today. I have this great image of them up in Heaven drinking some great beer that Steve had brewed and exchanging “Weeks Stories.”  Between the two of them, they’ve got a lot of history to cover. They’d get along great and they’d call each other by their last names like some guys do.

There have also been some hellos and goodbyes going on at FunQuilts which I’ll explain in future posts but that’s for another time. Here’s what I know today after a long season of hellos and goodbyes. Grieve the goodbyes, be grateful for the hellos, remember the gifts and forget the rest. My friends who have died know what’s in my heart and know how important they were to me. The people from the past who have reconnected with me help me to understand who I was and who I’ve become. That’s helpful in making peace with the road we’ve each been given in life because we don’t always get to choose the road we’re on. Just ask my friend Carol.

I finished a new quilt today because making things is inherently optimistic to me. There will be more hellos and goodbyes to come. For now, I’m going to live a bit more fearlessly because it all just goes by too quickly and I have two more angels up there telling me to go for it.

17 thoughts on “hellos and goodbyes”