When we were invited to submit a block for 100 Blocks, we had to stop and think about how to design in a different way. We don’t ever design as a single block. Instead, we’re always designing from the perspective of how the blocks relate to one another. Designing a single block, without being able to show an overall design, would be a very different way of thinking.

So we decided that we would design a block that would be as flexible as possible, working equally well with Civil War reproduction or modern prints or solids. Over the years we’ve found endless possibilities to piecing strips with solids, although this block would be equally fun with batiks or prints.

There are so many options for how to set this block. You could surround it with sashing that contrasts with the ¼” strip in the block to create a grid: 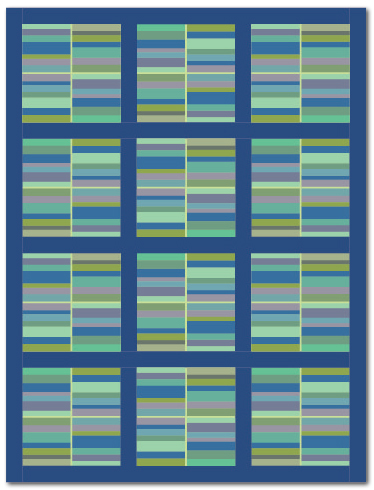 Or you could rotate the blocks for an entirely different look: 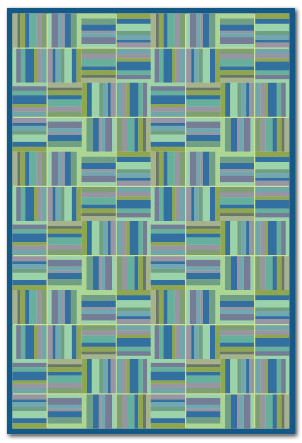 The best thing about 100 Blocks is that there’s something for everyone. There’s appliqué and piecing, traditional and modern. You might even decide to combine some of the blocks in the magazine with a few of your own. If you’re interested in purchasing the issue, call us at (708) 445-1817 and we’ll ship one out to you. To see more blocks from the magazine and to have a chance at lots of giveaways, hop on over to 100 Blocks. If you’d like to have a shot at winning a free issue of the magazine, leave a comment below and we’ll randomly choose one.